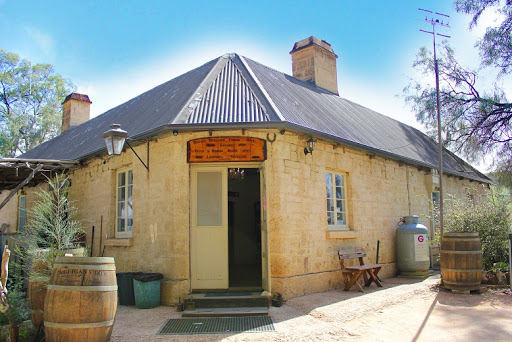 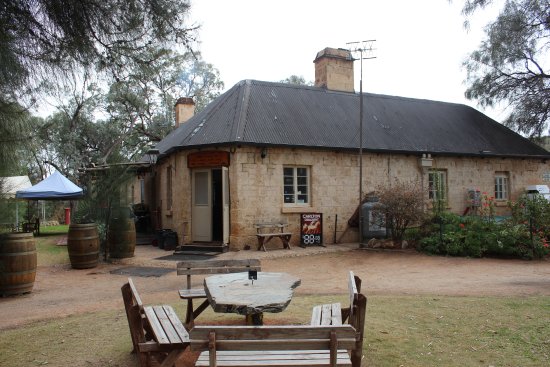 The Historic Overland Corner Hotel is situated along the Goyder Highway, 21 kilometres from Barmera in the Riverland, South Australia.

Originally set up as a watering hole for drovers and overlanders operating between New South Wales and the Adelaide Colony, it also served as a temporary camping ground for steamers passing through on the River Murray, which flows a mere 600ft from the hotel. The historic building was erected in 1859, and since that time has served as a staging point, a general store, a police station and even the local Post Office.

In 1965, the building was purchased by the National Trust of South Australia and, with the aid of locally raised and commonwealth funding, the fossilised limestone building was completely restored. It now stands as a beacon of history in the Riverland, and is the oldest structure to remain standing in the area. Today, the Overland Corner operates as a hotel, serving some of the finest cuisine in the Riverland amongst the beautiful backdrop and serene settings of Overland Corner.

With regular live events, several of the finest locally brewed beers and wines, and a friendly and comfortable atmosphere, the Historic Overland Corner Hotel is a ‘must visit’ location for locals and travellers alike.

Sorry, no records were found. Please adjust your search criteria and try again.