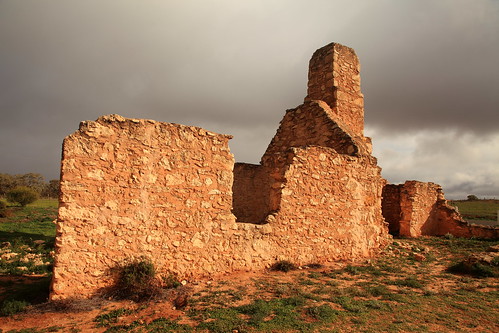 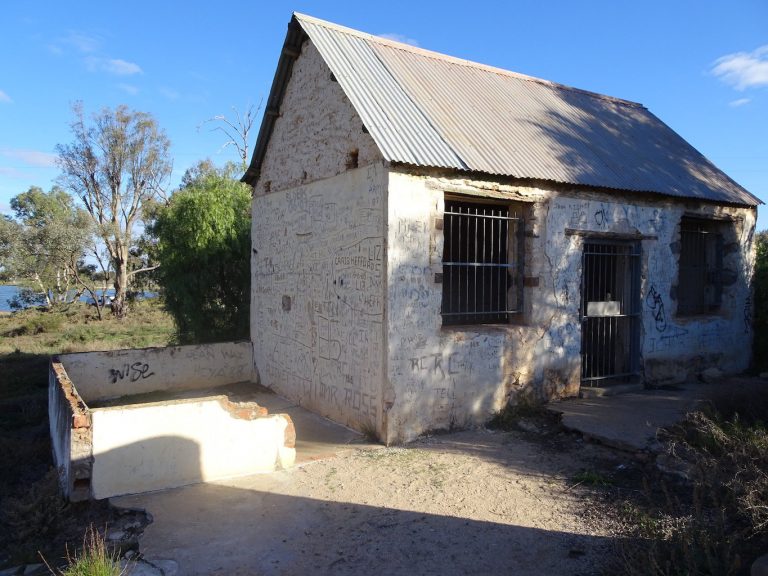 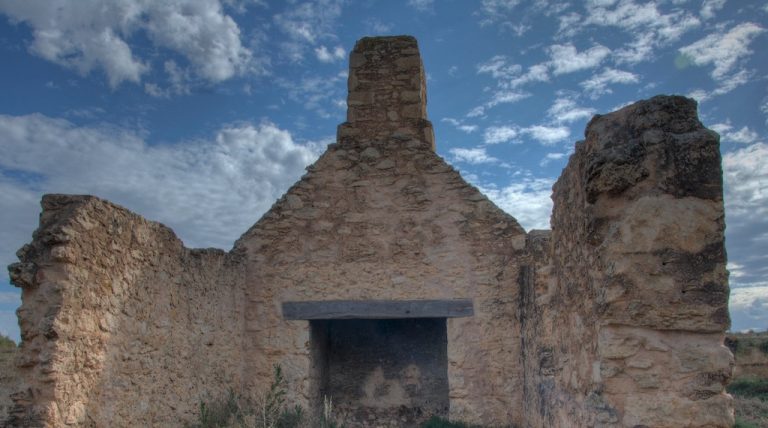 Nappers Bridge on northern shore of Lake Bonney. Cement ruins of William Napper’s home. He built the hotel in 1860 and died there in 1907. Lake Bonney in the background.

William Napper a farm labourer from Guernsey arrived in SA on the Oriental in 1855 when he was 28 years old. With his friend William Parnell they tried working as timber cutters for the passing riverboat trade along the Murray. Their wives and families joined them. In 1859 William Parnell built the Lake Bonney Hotel to capitalise on the travellers passing overland with their livestock. In 1863 Napper purchased 80 acres of land and the hotel buildings from. William’s first wife Ann died in 1869 and his second wife died in 1877 just after they had moved to become the licensees of the Overland Corner Hotel. It is not clear but the Lake Bonney Hotel probably closed when Napper left it. The hotel had eleven rooms, some with magnificently built chimneys and a store hut nearer Lake Bonney. Napper’s private residence which still stands was located in front of the old store and cellars. William Napper returned to the deserted Lake Bonney Hotel in the 1880s to operate it as an accommodation place. He died here in 1907 and was buried nearby in the Overland Corner Hotel cemetery just north of the old hotel.

Sorry, no records were found. Please adjust your search criteria and try again.